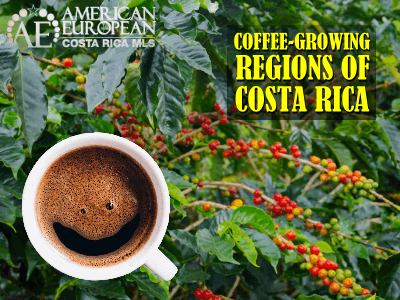 In 1779, coffee production began in Costa Rica, when Coffea arabica was first imported from Ethiopia. During the early 19th century, the government encouraged its production. Coffee quickly overtook cacao, tobacco, and sugar as the main export crop.

In 1843 William Le Lacheur Lyon, captain of the English ship “The Monarch,” made the first direct export of coffee from Costa Rica to London. This helped establish a global reputation for Costa Rican coffee and connect the country to Europe.

The modernizing influence of the coffee industry on 19th century Costa Rica is undeniable. New trade links with Europe allowed Costa Rican professionals to train at European universities, and a new railroad was built to the Atlantic Coast by 1890. 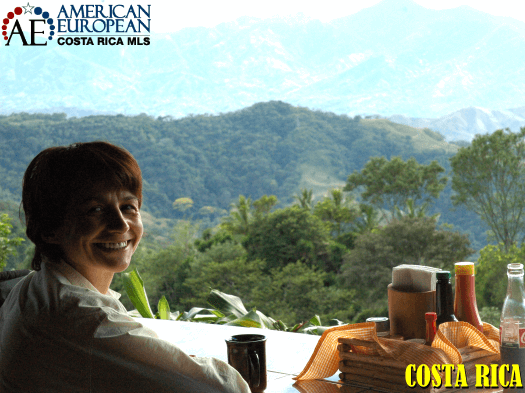 The coffee industry in Costa Rica has weathered several economic downturns, an outbreak of coffee rust (a blight that attacks the plant’s leaves). So far, it has survived the increasingly complex challenges posed by a changing climate.

It remains one of the most highly regarded coffees globally. The coffee production focuses on the main coffee-growing regions. Let’s look at the areas one by one, in a roughly north to south order.

Costa Rica’s northwestern province, Guanacaste, features beautiful Pacific coastlines and tropical forested mountains. It is in these mountains that the coffee farms lie. The beans produced here are smooth and balanced, with light acidity.

The Valle Occidental, or West Valley, is the westernmost part of the Meseta Central, a substantial highland area of volcanic soil that runs right across the middle of Costa Rica.

The area has the broadest range of growing altitudes of any coffee growing region. The result gives it a vast range of quality, with the best coffees from the region from higher altitudes.

The best coffees from the Valle Occidental are bright and sweet, with flavor notes ranging from peach to honey and vanilla.

Proceeding from the West Valley, we move into the Central Valley region. Fincas in the Valle Central, bordered by San José, Heredia, and Alajuela, benefit from regular rainfall and perfect growing conditions.

The typical flavor profile is quite fruit-forward against a backdrop of chocolate tones.

Probably the second most sought-after Costa Rica coffee, the beans from the Tres Ríos region are notably referred to as “the Bordeaux” of Costa Rica. Emerging from the incredibly fertile soil of the Irazu volcano, these beans have a delicately balanced aroma and a perfect body.

Now to what has become the shining star of the Costa Rica coffee scene in recent years. Tarrazú coffee is the most highly prized of all Costa Rica single origins amongst third-wave coffee enthusiasts.

The recent introduction of Geisha varietals, one of the world’s most expensive and best-known coffees, has further lifted the already very high esteem in which coffee experts hold Tarrazú.

These wonderfully complex coffees, grown at altitudes of up to 1900m above sea level,  are famous for notes of chocolate, vanilla, and dried citrus fruits. 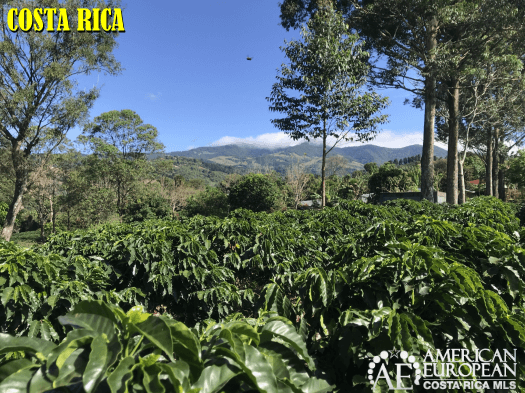 Grown on the slopes of the region’s eponymous volcano in the Cartago province, these coffees reap the benefits of volcanic ash deposits in the fertile soil. This factor, coupled with their high altitude growing and perfect climatic conditions, helps produce vibrant, light-bodied coffees that are excellent candidates for brewing in a manual pour-over brewer like a V60.

Check our guide on the best coffee for pour-over and get the most out of your brew in a V60.

Just a little further west in Cartago is the much smaller district of Orosi. Sprawling across verdant, humid slopes, most coffees here grow at around 1000m above sea level. The relatively low altitude makes them less acidic than most offer here, with more prominent chocolate and toasted nut tones.

Finally, the furthest south of all Costa Rica coffee regions, the Brunca region lies on the border with Panama. The higher areas of this region, Pérez Zeledén and Coto Brus, both produce excellent coffee with light, floral aromas of jasmine and orange blossom.

We hope this brief guide from MyCoffeeBase has helped you to understand the coffee-growing regions of Costa Rica better. If you’re looking to purchase a coffee farm, feel free to contact us now.