Getting a Canadian Authenticated Marriage Certificate 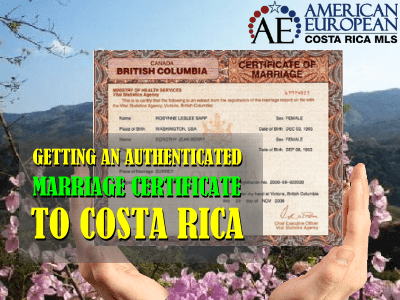 Ever tried to get an authenticated marriage certificate from your home country? Well, I had to, and here is the story.

Last week, I told you about the renovation of my Caja carnet in Costa Rica and the need for delivering an authenticated marriage certificate from my home country, Canada.

I have found a way of obtaining this authenticated marriage certificate, although they are making it far from easy for me. This happened because Canada did not sign the Hague Convention. United States citizens can have their documents apostilled here in Costa Rica.

An acquaintance with a business that can procure documents for you offered to get mine. He told me he would waive his fee as a favor. However, I’d still need to pay $600.00 U.S. for the Canadian people who would be working on this. This acquaintance would be able to get the documents in 3 weeks.

I had my doubts as to the 3 weeks because I know how slow Canadian bureaucracy is. Just to get the original document would probably take more than 3 weeks.  The fee was a bit too steep for me at this time. We’re building a house and we have some dental bills to take care of.

Anyway, once I have the document here in Costa Rica, I would then have to go to the Casa Amarilla (International Relations department) and have the certificate authenticated there.  Once that was done, 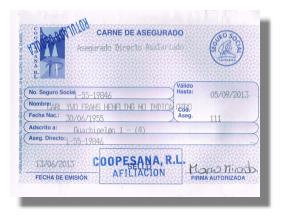 I’d have to go to Migracíon and get the resolution that is in our file.

This would prove to one and all that my residency status is in order if they can find it after 30 years. I don’t know why my cédula is not good enough for that.

Then I could probably go to my Ebais along with all the other papers they required and get a renewal of my carnet. Unfortunately, my renewal would only be good for a maximum of 5 years. Then I would most likely have to do this whole rigmarole all over again.  If I found it difficult now at 68 years old, imagine how difficult it would be at 73, or 78 or older.

What a horrible future to look forward to.

Touching Base With Other Organizations

Such a simple thing to get as an authenticated marriage certificate seemed to be like asking for a miracle to happen. So I spoke to the Pro-Consul at the Canadian Embassy. She said that the Embassy could not help. Yes it was part of Canada and yes she was a Pro-Consul, but it’s not something they do.

Then I wrote to the head of ARCR, he said he’d heard of one or two cases but didn’t know anything more about it. He said he would check around. He did and what he found out was of no help to me.

I wrote to the Editor of AM Costa Rica.  He was very helpful but I couldn’t use much of his advice because it was mostly aimed at Americans.  We Canadians are the orphans it seems.

I also wrote to my friend Ivo Henfling of GoDutch Realty who tried very hard to help. And again, my situation was different from his.  He’d had a couple of clients with problems but nothing like mine.

After all that research, I was no further in my solution to get an authenticated marriage certificate.

From Ebais Back To Caja

The receptionist at our Ebais advised me to go to Ciudad Colón.  “That is the administrative office for the CAJA in our area”, she said (I live in Santa Ana).  The person in Ciudad Colón said that only my Ebais could renew my carnet.  I then went to another branch of the CAJA (another Ebais) in Santa Ana. The only extra information I got was that I could go to Migracíon and ask for a letter to attest that there is a consul stamped copy of my marriage certificate on file.

However, that is providing they can find this copy after 30 years. And I’ve since found out that this, in fact, is not possible because this document was not emitted within the last month!  I also found out that the Ciudad Colón office is not my zone.  They service other parts of the province but we, who live in Santa Ana must go to the Head Office in downtown San José.

It seemed that everywhere I turned I was blocked from finding a solution.

People on CostaRicaLiving (an internet message board), had lots of advice (none of which was usable in my case).   Many posters suggested I get married again so that it would be entered into the Costa Rican Registry.

I have since discovered to try and get remarried is illegal if I am already married.  I 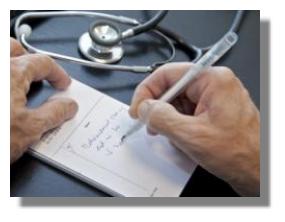 suppose if they can’t find my authenticated marriage certificate at Migracíon, then this might be an option.  It was also suggested that I tell them that I’ve been living Common Law for the last 35 years (only 3 years is required). But the receptionist (this is the unfriendly one at my Ebais) said that I couldn’t do that because she knew I was already married.

I had two more options, one was to hire myself out to our active S.A.  A Computer Club friend sent me a copy of a list of all the jobs that are out there along with how much each profession/worker would have to pay the CCSS.   When I looked into that, I was overwhelmed.

It too got to be way too complicated with more taxes having to be paid by the S.A. And I would have to submit tax forms as well.  It also looked like I’d end up paying a lot more money to the CAJA than I was prepared to pay.

Enough of this story for today, I’ll have plenty more for you in the next couple of weeks. Next week, I’ll tell you about the 4 options to join the CAJA.

Paula Kat-Friedman and her husband Steve started Genesis II Cloud Forest Preserve and Wildlife Refuge, south of San José in the 90’s. After selling the business, they have retired. Paula still writes for The Easy Times once in a while, where she offers her experiences as an expat in Costa Rica.