Do you have to live with gates, walls and fences in Costa Rica? 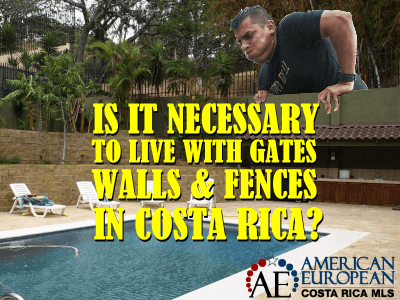 On a Costa Rica living forum, someone asked “Do you have to live with gates, walls and fences in Costa Rica?” The best answer was Berni’s who has a great hotel in Alajuela:” Only if you want to keep your “stuff”.

Berni is totally right, home security is one of the reasons for the condo trend in Costa Rica. A few other readers have pointed this out in the past too.

Is it dangerous in Costa Rica?

No, it’s definitely not dangerous in Costa Rica. You can walk the streets at night, if you don’t go to the bad areas in a city. Usually around the parks, there is a quite a bit of drug dealing going on, so stay away. If you have to go to downtown San Jose, leave your watch and jewelry home and be careful what you put in your backpack.

At your home, if you do not live with gates, walls and fences get yourself a good security system and a great lock. If you can, have someone to house-sit while you’re away for a longer time.

Very few thieves go to jail in Costa Rica. The judicial system is VERY slow and petty thieves are not important enough for the police to go after. In San Jose, there are many stores where the thieves can sell their goods and nobody does anything about it to shut them down. Maybe they do it on purpose, so the thousands of security guards can keep their jobs, I don’t know.

Living with petty thieves and within gates, walls and fences in Costa Rica is a price we have to pay for living in Paradise. 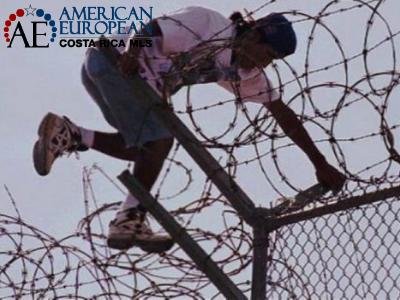 There are also the drug addicts who will take anything they get their hands on. Then we also have the real crooks. Just like that have them in other countries. The U.S. Embassy sent a public warning out, for which I have my own personal opinion. I just totally disagree. I have been robbed in Escazu, but I’ve never been shot at. That’s because I don’t get involved in illicit business as some other.

Where is it safe?

If you do not show off too much what you have, you’re good to go. Downtown San Jose and in the big cities, there is a greater chance of robbery than in a rural area. The closer you are to the slums and drug dealing areas, the more chance you have of a break-in. Don’t pick up any people you don’t know well in a bar and bring them home. That’s how your problems start.

How to protect your belongings

Be aware that local residents think that you are rich, because you are a foreigner. Your house is always more interesting to thieves than a local resident. It doesn’t matter if you live in a condo or a gated community; it’s a good idea to get a top of the line security system. 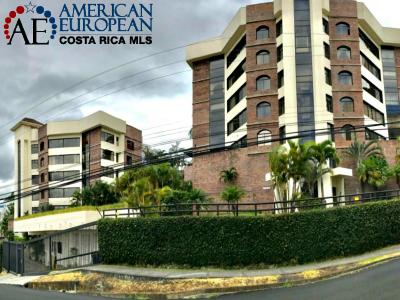 Most homes in Costa Rica have security bars in their windows. All gates, walls and fences in Costa Rica either have barbed wire, broken glass, an electric fence or razor wire on top. This sense for security is part of the culture.

They build the gates, walls and fences before they build the house. Local residents figure that as long as they have more security bars and razor wire than their neighbor, they as safe.

A condo is usually one of the most secure places to live because they occupy much less property and are always fenced. Most condos have only one entrance that functions also as an exit. So even if a thief jumps the fence, you can’t lose much more than money or jewelry.

Security guards usually have a very set schedule and are easy to follow when making their rounds, especially at night. Especially if you live on the lower floors of a condo, you want to make sure to have a good lock on your front door and terrace or balcony door.

Many gated communities are so large, they become almost impossible to control. The properties on the perimeter walls cannot be well controlled. Some so-called gated communities only have a gate at the entrance but have no more than a barbed wire fence around the community.

You will find residential communities with controlled access everywhere in Costa Rica. These kind of residential neighborhoods have no perimeter walls. The security guards cannot control the back walls of the properties that are on the border of the community.

Security guards in those communities cannot do more than write down the tag number of the car and take photos on a cell phone. This gives a certain sense of security.

Most of the time, the guards in those communities do a good job but they cannot stop anyone from going into the community. The roads are public roads. 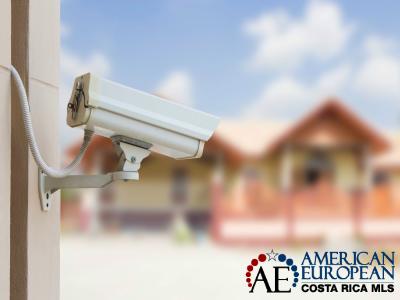 In this article, I am not trying to show that living with gates, walls and fences is normal. It might not be normal in the country where you live. I am Dutch and I have never seen residents living within gates, walls and fences there. But in Holland, residents pay high taxes, so they have a great police force. Besides, thieves go to jail there. Costa Rica is different, which is why we want to live here. Security and thievery is part of the lifestyle you will have to get used to if you’d like to join us in Paradise.

Every city, town or village has a different security situation. That is a huge reason you should hire our affiliate agents for your Costa Rica real estate purchase, they know where the bones are buried. Contact us now. Feel free to leave your comments on this blog. If you like this article, please feel free to share it on your social media.

I DO want to remind our readers that we appreciate any referrals you can send us. Please also remember the American European real estate Group’s agents when your refer a real estate agent. We appreciate your business.