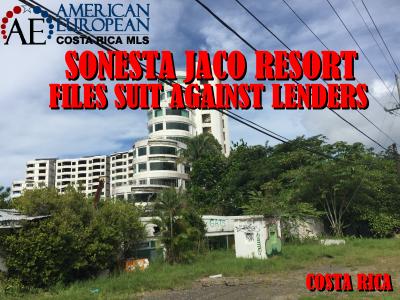 As a buyer of an apartment in Sonesta Jaco Resort, I received an email from the Developer. Joshua ten Brink of Riverside Developers sent this email during Eastern Week 2010 to all condo buyers. Joshua told us that he was using the bank who lent them the money to build the project of One Jaco Place in Jaco, later Sonesta Jaco Resort.

The reason, he alleges in his email to those who bought a unit or put earnest money down against an option to purchase/sale agreement is that the bank who lent him the money (BCIE) because they are changing the rules on them and they can not afford to finish the buildings.

Meanwhile, some of us closed the purchase and many have paid the earnest money, will not close or cannot close for one reason or the other and the whole project will be tied up in court for who knows how long.

I, as an owner of the real title (our unit is totally finished and we furnished and equipped it) in Sonesta Jaco Resort now have an apartment in an empty and unfinished building. I cannot rent the condo or even use it myself. The elevators will not work and I have no water and power.

How can it happen?

Now you will ask yourself, how come this happens to a real estate agent? And one who has been in the Costa Rica real estate business for so long? And is Costa Rica so unsafe? Allow me to explain. 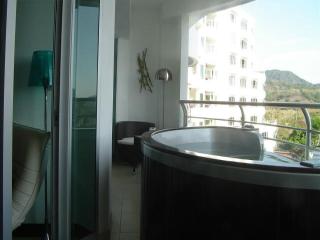 Before 1995, Costa Rica had very few developers large enough to build a high rise building or even a gated community. Most developers would build two houses at the time. The real estate boom, starting around 2005, was bringing in Venezuelan and Colombian developers. Also, many entrepreneurs of all ages, nationalities, and backgrounds though they could become a developer.

Costa Rica at the time, and still doesn’t, has no rules and regulations in place to control to assure the developers deliver what they promise. Most of these developers are not builders themselves. They sub-contract the people that are needed in each phase of the project. Many times they don’t own the land either.

Actually, most developers have no working capital, except the money needed to get through the permitting phase (if that), a marketing budget and with luck enough to build a nice gate or entrance to their project.

In most other countries, when a developer sells a unit (a lot or a house or an apartment) to a buyer, the buyer’s money goes into escrow. The money stays there until the project is finished and delivered completely to all the buyers. Not until then the money in escrow will be released to the developers. With the contracts of an option to purchase/sale that they sign up from pre-construction sales, the developers can get the money from the banks to finance the project. But this is not the case in Costa Rica.

Banks were not used to lending money on such large projects. The developers had to either get money from foreign banks or work with the money from the buyers. Therefore, almost all developers were charging the buyers in 3 or 5 phase payments. This money, instead of being put in escrow, was used to build. 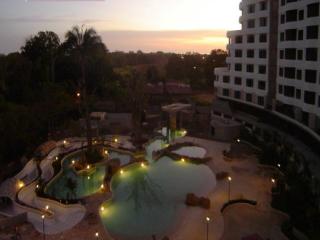 During the real estate boom, this was not a problem. Developers couldn’t build fast enough and buyers didn’t mind their money was used for construction. Everyone was making money and though most of us knew the bubble would burst, we thought it wouldn’t happen in our time.

In the case of Sonesta Jaco Resort, developer Joshua ten Brink of Riverside Developers says the bank changed the rules on him. That his supply of money dried up even after he found two hotel chains willing to buy his 2nd phase. But the bank was not willing to release the property. After it became clear that most of the pre-construction contracts were not closing because the would-be buyers were walking away from their earnest money. Any project would have a hard time getting finished like this, no matter how well you plan ahead.

Since we are talking now about one of the largest industries with the fastest growth in the last ten years, something will have to be done to protect the consumer:

President Oscar Arias signed a new decree in August 2009 that became effective as of October 2009 that requires real estate developers to register their projects with the Ministry of Economy, Industry & Commerce. More about this in the only English document I could find online.

The government needs to act

I’d like to insist that Government officials not only get this decree out of the closet, that is not enough. We need it to be used to the consumer’s investments will be protected.

If you, as a buyer, don’t want to take any risk when you invest your money, buy an existing and finished product. That is the only way for you to have clear rules to play by. Do NOT buy in pre-construction phases.

I, as an investor and real estate agent myself, I’ve learned my lesson with my Sonesta Jaco Resort investment. I will never trust me and my client’s money to a developer again unless there will be controls and regulations.

The last update is that Sonesta Jaco Resort developer lost the case against the bank, appealed and appealed again. Joshua ten Brink finally lost everything he had in the project. he never took care of his buyers. The buyers even had to appeal a lien from one of the developer’s suppliers which has not been cleared up today, January 2017.

Two of the almost 160 investors sued the bank and won, but did not get paid by anyone. The bank is appealing. Lawyers are the only ones making money on this disaster. The first photo in this article was taken in 2016. The building is falling apart and squatters have taken over.

Contact me now if you want to purchase a Costa Rica condo and make sure this will not happen to you.

Latest Posts
Blog topics
PrevPreviousCosta Rica is a happy, happy place
NextThere are two kinds of renovations you can make to a home in Costa RicaNext
Go to Top