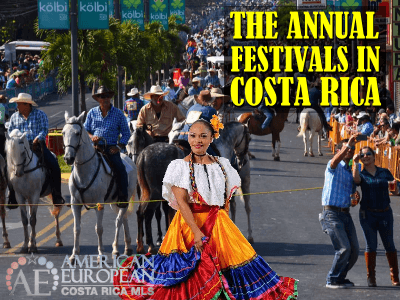 Haven’t you had a chance to enjoy one of the annual festivals in Costa Rica yet? We hope that soon the ministry of health will allow us to do so again.

Costa Rica is not only a vacation paradise. But, of course, most tourists visit us for the stunning rainforest, biodiverse wildlife, towering volcanoes, and rugged coastlines.

Festivals, or fiestas in Spanish, are traditional in the culture of Costa Rica. This country’s history, where the indigenous population and descendants of European settlers have mixed, has resulted in a unique culture.  Year after year, Costa Ricans of all backgrounds work together to feature festivals that respect the country’s various traditions.

Costa Rica’s festivals are popular with visitors who enjoy joining in the festivities that showcase local beliefs and cultural practices. These festivals take place at various times during the year. They all include a mingling of local cultures who join together to experience the region’s music, games, activities, dress, food, crafts, and other cultural practices.

Do you have family or friends who don’t want to join you when visiting? More than just a casino, FairGo casino login can give them great entertainment and earn some money while you visit the festivals. 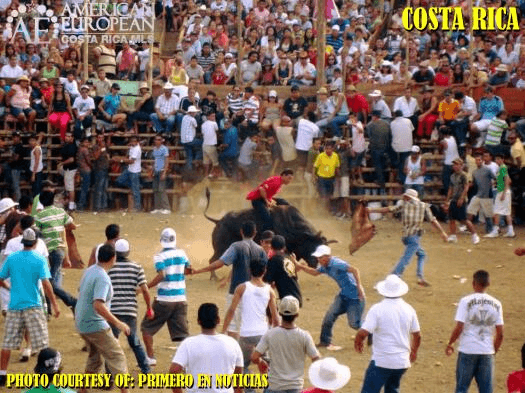 To mention just a few, some of Costa Rica’s liveliest and most welcoming festivals include:

One of the most famous and most significant festivals in Costa Rica is called las Fiestas de Palmares (in plural). This festival is held in the city of Palmares.

The two-week celebration takes place in January. It includes musical concerts, fireworks, sporting competitions, comedy shows, and “the tope” horse parade. Around the town, there are tents set up with food, drinks, and plenty of beer.

Fiestas de Santa Cruz takes place on January 14th in Santa Cruz, 4 hours west of the capital city of San Jose. The festival celebrates the culture of the Guanacastecos, whose ancestry dates back to the ancient Chorotegas. These farmers are mostly known for their pottery.

Today the Guanacaste culture is interwoven into Costa Rican society. But the Guanacastecos invite visitors to Santa Cruz for one of the best typical Costa Rican festivals to experience their historical roots with dishes of arroz de maiz and rosquillas, tamal asado, cajetas, pozole, and other corn-based delicacies.

This festival also includes bomba and retahila, folk music, horse parades, rodeos folk dances, and the celebration of the patron saint Santo Cristo de Esquipulas. The highlight of the day is the Pasacalle parade, where participants wear colorful masks. In addition, everyone can enjoy the mechanical games, concerts, street food, and other spirited activities. 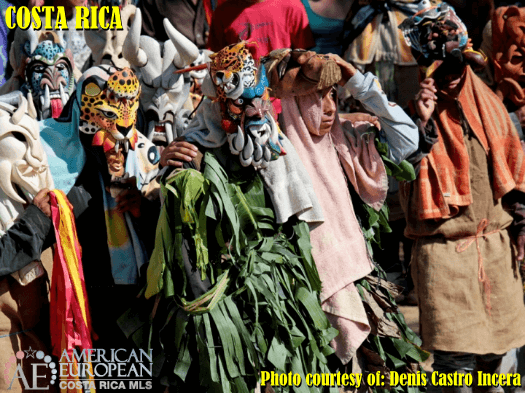 There’s no better way to describe the “Fiesta de Los Diabiltios” than the Devil’s Party. This festival is a native celebration in which the Boruca people acknowledge their ancestors who were victorious over Spanish invaders.

The festival takes place during the first weekend of February in the Rey Curre Village located near San Isidro de El General. The Borucas were once a group of chiefdoms that ruled most of the South Pacific coast from the city now called Quepos to the Panamanian border. They speak the Boruca language, and their weaving skills, painted balsa wood masks, and other types of art and craftwork are their subsistance.

During Fiesta de Los Diabiltios, village men wear those wood masks during the Danza de Los Diablitos ceremony. With the mask of a bull, they represent their ancestors who fought the Spanish.

In addition to the celebration of the victory over the Spanish, the festival includes opportunities to sample some of the local dishes such as tamales, chicha de maiz, and chicharrón, as well as hearing local music and nighttime fire exhibitions. 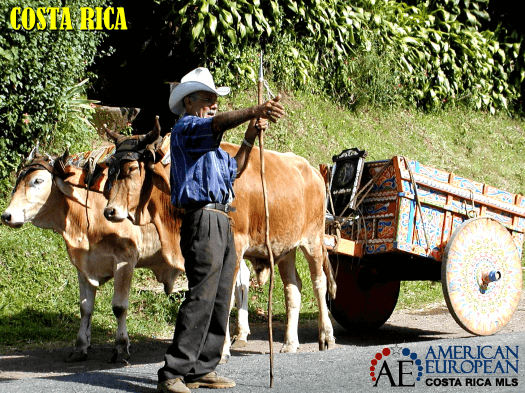 In the Valle de El General, this festival includes

In San Antonio de Escazu, we have the boyero or oxcart parade on this day.