Why Now Is a Good Time to Invest in Central America 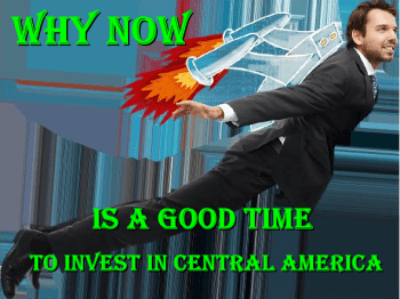 Did you know it is time to invest in Central America? Investors looking for property investments with excellent potential have begun to branch outward. Many of them are turning their attention to invest in Central America. The region, comprised of Costa Rica, Belize, Guatemala, El Salvador, Nicaragua, Panama, and Honduras, is home to approximately 40 million people. The largest country in the region is Guatemala, while Belize is the smallest country in the region, with less than half a million inhabitants.

There are stark differences that set each Central American country apart from one another. Panama, for instance, is the wealthiest country in Central America. They have a per capita GDP of more than $11,000. Consequently, visitors to Central America will notice that each country has its own unique feel.

Visitors know Costa Rica for its incredible beauty, friendly people, and its focus on environmental protection. The country is steadily gaining worldwide recognition for environmental initiatives and world-class amenities for travelers and ex-pats.

In just the last decade, Central America has experienced massive economic growth. Additionally, this region of the world is on the path to benefit from numerous structural trends. Analysts have always associated the Central American economy associated with coffee and bananas in the past. Exports have undergone significant changes in just the last few years.

Today, rather than shipping out agricultural products and other natural resources, Central America now primarily exports manufactured goods. Most of the exports making their way out of Central America today are light electronics, textiles, and auto parts. That’s the reason this is the time to invest in Central America.

Bananas are not the primary export product anymore

At the same time, Central America has become far more open to the rest of the world. In 2004, the first significant free-trade agreement was signed with the United States. Later, another FTA was signed with the EU. Through the signing of those free-trade agreements, Central America was able to gain access to less expensive American and European markets.

Demographics also tend to favor Central America. The population in most of the countries comprising this region of the world is young and expanding quickly. This serves to ensure that labor costs remain competitive. 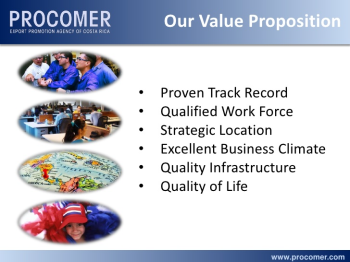 Rapidly expanding infrastructure has also served to put Central America on the map in terms of lucrative investment potential. While Central America suffered from poor transportation in the past, largely due to years of poverty, that has all changed today. Large numbers of renewable energy projects have assisted in reducing the cost of power. By becoming weaned away from imported oil and gas, Central America has also been able to step away from volatile price swings.

New transportation projects have made it easier to travel within the region. With costs for transportation and fuel now lower, Central America is also benefitting from increased productivity. 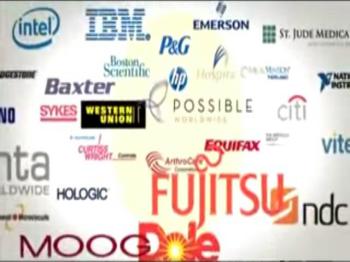 About John “JDub” Wieland: John Wieland is our real estate Specialist for South Pacific area (Dominical, Uvita, and Ojochal). He moved to Costa Rica in 1999 and start his real estate career here. In his constant quest for personal and professional growth, he initiated a plan to become the region’s top luxury specialist. John is committed to provide the highest level of client service and has built networks spanning multiple countries. He and his team cover real estate in the South Pacific starting in Manuel Antonio, passing through Dominical and Ojochal, all the way to Pavones, for any type of real estate like farms, homes, land, condos and luxury homes, John will have the best solution for you, contact him now.