Costa Rica financial and account records according to 2013 tax law 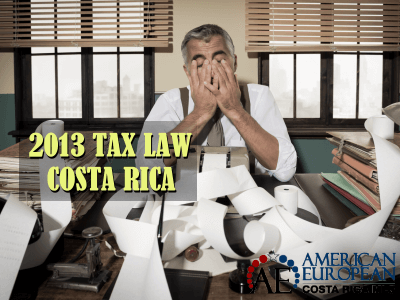 In this 3rd and last blog on this matter, I will tell you about the powers this tax law will give the Costarican government.

In my first and second blog about the changes in Costa Rica 2013 Tax Law, I explained about Law of Compliance with Standards of Fiscal Transparency and Law Strengthening the Tax Administration Procedures.

The creation of Tax obligation

Another significant procedural change in existing tax law is the modification of Article 116 of the Tax Procedural Code.

This article will be modified to allow the Tax Administration a broader set of criteria to verify and establish the tax obligation of a taxpayer.

The Tax Administration will be able to consider all of the following in determining the tax basis for a taxpayer:

(a) The financial and accounting records of any kind that will prove the transactions that have been carried out.

(b) In the absence of documentation, the Administration may use any kind of evidence that will assist it in assessing the tax obligation and specifically may rely on the following evidence: 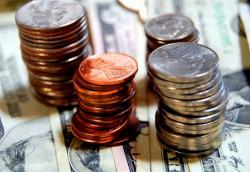 The Tax Administration will also have more power to place a tax lien on Costa Rica real estate of the taxpayer. Articles 194 and 195 of the Tax Procedural code will be modified to allow the tax administration to place a lien on real estate owned by the taxpayer. This is a precautionary measure prior to filing any formal suit or demand in order to preserve the assets for collection.

The Administration formalizes the lien by obtaining an order of Administrative Embargo on any kind of asset owned by the taxpayer. This lien will be recorded with all public or private entities necessary to preserve the assets.

Another area where this proposed law will impose severe penalties for violations is in the Customs Law. The Customs Law governs the import of goods into Costa Rica. The law increases the financial penalties significantly and imposes criminal penalties as well.

Under the proposed law contraband will carry a prison sentence of 5 to 10 years in addition to the monetary penalties. Likewise defrauding or deceiving the Customs Administration will carry a monetary penalty equal to 2 times the amount of the taxes evaded. If the amount defrauded exceeds the sum of 50,000 Central American pesos which is a uniform currency valuation then the sanction carries a 5 to 10-year prison sentence.

In order to prevent the under-reporting of the value of imports shipped into Costa Rica the new law creates a whole section on “Customs Valuation of Imported Goods.” It will expand the directory of importers requiring m 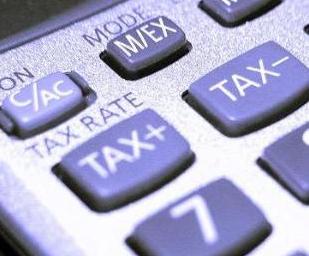 andatory registration and expand the current database of the value of imported goods into Costa Rica in order to cross-reference import declarations with the valuation database established by the Customs Department.

The Customs Department will create a directory of importers. Then they will also create databases to establish the value of goods imported into Costa Rica.

Under this tax law, the Customs Department is provided more tools to audit importers. With the database, they can verify the import declarations for products imported into Costa Rica.

Costa Rica has been trying for the last couple of years to overhaul the existing tax structure. They have also wanted to completely reform the tax law. The last attempt to pass a new tax law known locally as the “Plan Fiscal” failed. The tax plan came under judicial challenges by the Constitutional Court. The Minister of the Treasury, Fernando Herrero, was forced to resign due to scandals involving invoices for consulting services. A few months later, the Director of Taxation also resigned.

The approval of the two laws are the Costa Rican governments “plan B” to mitigate the growing deficit.  Taxpayers can still challenge the changes once these become law.  As with most things in Costa Rica things generally take a long time to be implemented. This will be no exception since the “Law of Compliance of Standards of Fiscal Transparency” (17.677 ) has been floating around the legislature for 2 years since April of 2010. The tax authorities introduced the Law Strengthening the Tax Administration Procedures (18.041) in March of 2012.

You can read the first and second part of this article in another Easy Times blog. This article can be found in its original form on Costa Rica Law under blog title Costa Rica New Tax Changes for 2013.

By Real Estate attorney Roger Petersen, author of the book The Legal Guide To Costa Rica and the new Luxury Home Tax in Costa Rica.